Why You Don’t Keep Your New Year Resolutions 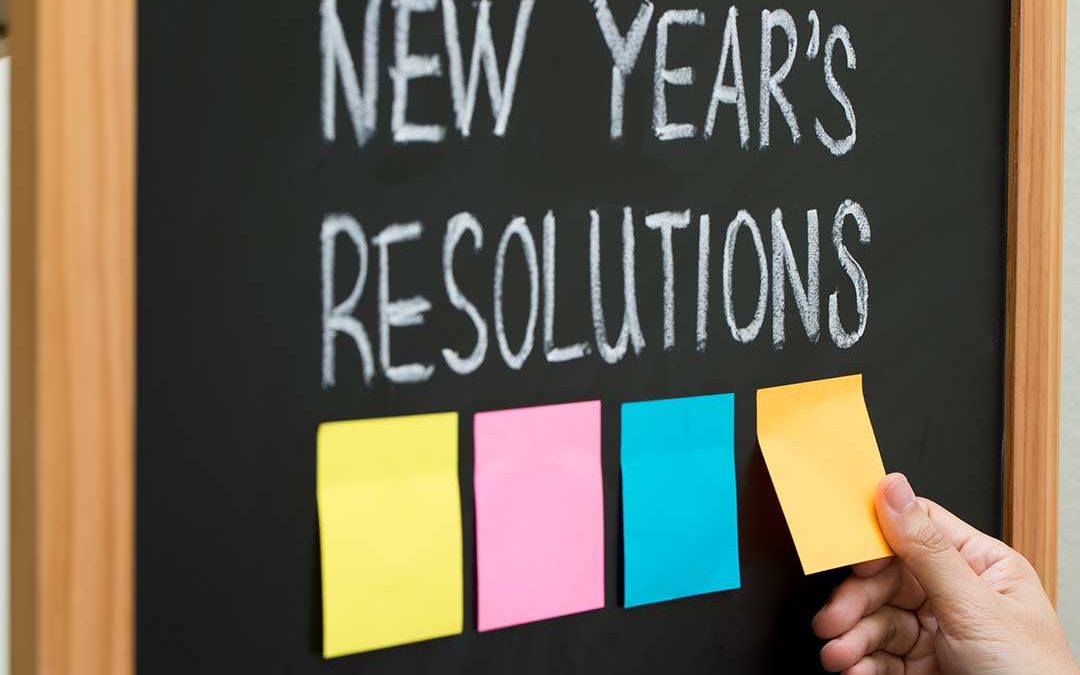 When Helen Klein turned 55, her husband Norm invited her to run a 10-mile race with him. Even though Helen had never done anything remotely athletic in her life, hated sweating and had been a smoker, Helen said yes! Helen loved her husband. She agreed to train if Norm would measure out a 1/5th mile track in their backyard so none of the neighbors would know what she was up to, for goodness sakes! On her first training day, she set out to run 2 laps and then collapsed, convinced she was dying. But Helen was not a quitter and the next day, the 2 laps didn’t seem so hard. She devised a plan to run one more lap each day so she would be ready for the 10 miler in 10 weeks, and she was. She was also happy to be done with the ordeal and never run again!

By the age of 86, she had run more than 87 marathons and over 140 ultramarathons, many of which were over 100 miles! Additionally, she coached a middle school team and wa sa motivational speaker, spreading the message of the need for movement. She was also been able to bring awareness and support for clean water in rural African villages.

I’m sure that if you asked Helen what she thought she might be doing in 31 years, this would not have been her prediction but passion and purpose has a way of finding us and Helen’s is a story of how small steps lead to big changes and contributions.

In this article, my intention is to shed light on why and how incremental change works and my hope is to inspire you to take your own small steps toward changing your world or changing the world.

In his book “One Small Step Can Change Your Life: The Kaizen Way”, Robert Mauer sheds light on why taking on large goals is often a recipe for disaster. Kaizen is a Japanese term that means literally “improvement” but is generally used to refer to a Japanese style of business management developed, ironically by US statistician W. Edwards Deming, that stresses continuous but incremental improvements. Toyota is a well-known company that employs the Kaizen Way.

Mauer illustrates man’s 3 separate brains: the brain stem or reptilian brain which controls things like heartbeat and waking up in the morning, the midbrain or mammalian brain that controls body temperature, emotion and the fight or flight mechanism and the Cortex, which wraps around the other 2 brains and is the seat of rational thought and creative processes. The Cortex is what many argue makes us human but can’t be accessed when the brain is occupied by matters of survival when the fight or flight mechanism is initiated.

Because homeostasis is the desired state of existence, anything that threatens this balance triggers the amygdala, a part of the midbrain, to initiate a fight or flight response. You can understand that our ancestors were much slower than most things chasing them, had worse hearing, sight and sense of smell and were in no way able to overpower any animal that might be stalking him. It made perfect evolutionary sense for man to be made a paranoid being. Of course, most of us don’t live in that kind of a world anymore and the ability to think creatively and solve problems with our rational cortex is what allows us to be immensely successful as a species. So how do we take on change without riling up our ever-vigilant amygdala? We must not wake it. We must be very careful and only take on challenges and changes that don’t initiate a fear response.

Instead of thinking “how can I write the most amazing speech that will totally change people’s lives?” perhaps we can simply ask “What would I like to contribute” or, my favorite “Who can I ask for help?”

John Steinbeck said “when I face the desolate impossibility of writing 500 pages, a sick sense of failure falls on me and I know I can never do it. Then, gradually, I write one page and then another. One day’s work is all I can permit myself to contemplate.”

Mauer’s book cites research that shows the hippocampus, a part of the mid-brain that is responsible for short-term memory storage, is prompted to remember things via repetition. Thus, asking small questions again and again will induce the hippocampus to remember things and find solutions from one’s environment. An example of this was a co-worker that Mauer queried “what color is the car you parked next to today?” Of course, the co-worker didn’t know. Mauer continued to ask this question day after day and finally, the co-worker remembered to notice when parking in the morning. The power of repetition engaged her hippocampus.

Parents intuitively know this and usually don’t dictate to their young ones: “this is a cow, and this is your knee…” they say “who’s this? Or what is this?!” and the child responds enthusiastically.

While the hippocampus stores the information from the immediate environment, the Cortex loves to solve problems. Next time you fly, notice that your in-flight magazine’s crossword puzzle, is usually at least partially completed and many passengers are engaged in some problem-solving activity to stave off boredom.

Einstein pondered why his best ideas came to him in the shower. Mauer would suggest that the idle brain is always looking for problems to solve but doesn’t respond to large sweeping questions well. When Perry Spencer invented the microwave, his thought wasn’t “how, how, how can I invent a device that will revolutionize kitchens around the world?”

As an engineer, he asked the question “why did the candy bar I left near the radar equipment melt?” and this question led to a series of problems and solutions that eventually changed the way we make dinner.

We often over think problems and miss the simple solutions. Today, over 1 million children die from diarrhea each year. That’s equivalent to a jumbo jet full of children crashing every 4 hours. While world aid agencies have jumped in to improve water supplies and hydration, possibly the main culprit is that most families don’t wash with soap and water after using the toilet before preparing food!

In the 1800’s, Hungarian obstetrician Ignaz Semmelweis noticed that an unusually high # of births performed by doctors or medical students resulted in the death of the mother while the same trend wasn’t seen in home births or those performed by midwives. He made the connection that the doctors and medical students often came from performing autopsies to the delivery room and made thorough sanitation mandatory before deliveries. His colleagues were outraged but the mortality rate dropped to 2% and germ theory was validated.

Sisters Emily and Sara Bader read about a local teen, Olivia____ being terrorized by school bullies simply because she was epileptic. Being teens themselves, they considered “what could they do to make a difference?” and they each wrote a letter of encouragement to Olivia. Olivia’s mother was dramatically moved by the difference the letters made to her daughter and Sara and Emily were inspired to enroll others in a letter writing campaign. The outpouring of letters was overwhelming and the 3 girls wrote a book together and began a grass roots movement to stamp out bullying.

Perhaps you’re thinking of change in your personal life. Mauer coaches clients to begin exercise programs by simply standing on a treadmill for a few minutes every day. He himself lost 45 pounds by beginning his diet by eliminating one French fry from his plate. He encourages clients to begin a flossing program by just flossing one tooth a day for a month!

Other techniques Mauer suggests are to look for the small warning signs: recognizing that something’s not right, avoiding critical self talk which stimulates the fight or flight response and noticing the small things that you love. Ask yourself “what am I happy about?” “what am I excited about?” “Who do I love?” “who loves me?” “What am I grateful for?”

Actor Matt Damon talks about the influence that his mother made on him to contribute to others. He personally has become very interested in helping to solve the problem of potable water in rural Africa. You can read about his organization at www.water.org. Matt challenges all of us to apply small step philosophy to making a difference in the world.  He cites Don Cheadle’s example of holding charity poker games and reminds that we could do the same, at a more pedestrian $$ amount, of course. He calls to us to investigate and choose a cause that calls to us, that excites us, that inspires us to give or do in some small way..

I ask you: What is the change you want to see in the world; perhaps just your world, perhaps the global world. What is one small step that you can take today to move toward that goal?  You must begin it. You must move forward. Please, take one small step. 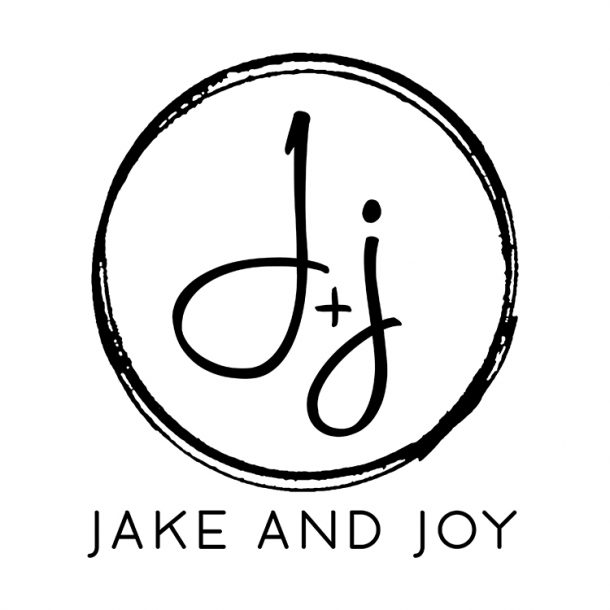